Most buildings and structures are made of brick, cement or other similar material and have a door for entering and exiting the room or area. For than six thousand years, since 4000 BC, ancient civilizations have realized the importance of keeping some areas secure to prevent unauthorized access. These areas are used for storing produce like grains or valuables. Since the doors were used for entering the room, the locking mechanism focused on preventing unauthorized opening of the door. If the unauthorized access to the door were easily detected, it would be a disincentive for the intruder.

In ancient Iran (called Persia) around 4000 BC, a basic system of securing the doors to detect unauthorized access was used. During an excavation of a temple complex at Tall-e-Bakun a number of sealed rooms were found, which were used for storage. The mechanism for closing the door was using a cord that was tied around a peg which was fixed in the door jamb. The cord was then sealed using a lump of cylindrical clay. The seal would have an impression made on it, using a stamp with a particular pattern. The seal would be baked to harden it, so that would not be possible to enter the sealed area without breaking the clay seal.

It appears that the main principles used for design of locks have not changed significantly since ancient times, thousands of years ago. Though officially the modern lock with a pin tumbler mechanism was invented in the 1840s, it is similar in some ways to the locks which were found in ancient civilizations. In 1925 the Book of Invention for Young Folk was published, with one chapter focusing on the different kinds of locks and keys which were used. The book has details of the various locks which were used in history, using pictures and photos provided by historians researching the various civilizations.

The first diagram in the chapter is that of a lock which was described by Joseph Bonomi in the book “Nineveh and Its Palaces” featuring the palaces in Mesopotamia. The large and heavy wooden lock was discovered in the ancient Mesopotamian palace of Khorsabad. A large wooden key was required to unlock this lock using a mechanism with sliding vertical pins. Similar locks were also depicted in the facade carved in the temples of ancient Egypt. These locks may be made from other material like iron in ancient Egypt. The pin mechanism of these locks is similar to what is found in the locks which most people use for their front door.

There are some websites like Roman Locks which have details of a large number of locks and keys which used in ancient Rome, more than two thousand years ago. It is observed that there are more padlocks designs listed on these roman lock websites compared to door locks. One reason why there are more padlocks could be because the padlocks are more popular because of their versatility and can be used for locking any door whenever required. In contrast there is less flexibility for the door locks. Most experts claim that these roman locks were similar to he locks used at present, though these locks were mostly not having a pin mechanism.

It is observed that some of the padlocks used in ancient Rome were a variation of the warded locks, one of the oldest designs for locks. These warded locks are comparatively simple in design and consist of a number of wards (also called obstructions) which will prevent the lock from opening unless the right key is being used. The key for unlocking has notches of the correct length which will fit in the keyhole of the lock properly. In modern times, the warded locks available are very small locks which are used for locking an inexpensive travel chest, jewelry box , diary or drawers.

Most lock experts do not have much information on lock picking in ancient times, they only have some locks manufactured centuries ago which were found by archaeologists. Using these locks, the locksmith can try to guess the methods which could be used for opening them. Usually skeleton keys are used to open different warded locks, and these keys are specifically made for lock picking. In other cases, these keys can be made by filing an existing key. These skeleton keys cannot be used on modern locks which have a pin mechanism.

Based on the archaeological excavations of Pompeii, in ancient Rome, around two thousands ago, pin tumbler door locks were used for some doors. The Roman engineers modernized the large wooden locks which were used by the Egyptians for more than two thousand years. They replaced the wooden parts with metal parts which were stronger and more durable. Steel was the preferred metal used, and the locks also had steel springs. These locks are considered to be excellent examples of design and precision by locksmiths even today. They open only on one side.

Though the basic locks used today are similar to those used centuries ago, new designs to make the locks burglar-proof have been designed only a few centuries ago. For maximum security steel security doors Echuca are a great modenr option for your Victorian home. Most of the modern locks which cannot be easily tampered with, are fairly sophisticated and a trained locksmith or carpenter will be required to install them. If a property owner is unable to get a suitable carpenter for installing the lock, they usually have to use a padlock, which is easily tampered with in most cases. So there have no major improvements in lock design to keep doors and homes secure in some cases.

If you have an antique item that you want to sell and if you want quick cash then the best option available to you is to approach a good antique dealer. Antique dealers may be someone that works alone or he or she could be working at an antique mall. Regardless, they are always ready to offer you an easy solution provided you are willing to negotiate with them.

The good thing about selling your antique item to a local antique dealer is that you can save some money. Understanding the items history and Wedgwood marks is an important part of the valuation process. A few examples of WEDGWOOD markings are below; 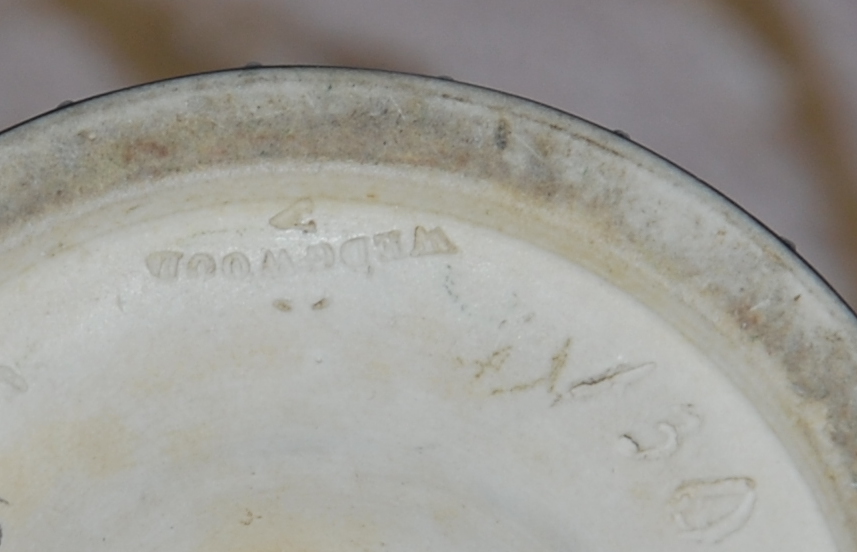 The fact is that when you sell to a dealer you won’t have to pay any fees, as would be the case when selling the item through an online ad. Also, you won’t need to worry about collecting your payment and you are also spared all the troubles associated with packing and shipping your items to an online buyer. The best part is that you also don’t have to worry about damaging your items in transit, which is an important consideration if you are selling an antique item that is very delicate and fragile.

Before you approach an antique dealer it makes sense for you to know what to do and you should also have reasonable expectations. This can make a huge difference in how well you complete your deal.

The first thing that you need to do when dealing with an antique dealer is research them well. Also, you need to be very well informed about your antique item. The fact is that dealers are not very keen on giving you a free evaluation about your item. The more well informed you are about your antique piece the more likely it is that you will get a good price for it. And, it also ensures that you won’t be cheated out of your money. By researching the value of your antique piece you will be in a position to know what to expect.

When you walk into a dealer’s shop you should have a ballpark estimate about the value of your antique piece. However, do not be surprised if the dealer offers you less. Typically, he or she will want to pay you between a quarter and half of what you think is the current market value of your item.

Be prepared to negotiate

Most antique dealers also expect sellers to give them a price that they can work with. So, be ready to let them know how much you expect for your antique. Also, be prepared to negotiate a final price. Try to also judge how much you think the dealer is willing to pay.

Last but not the least; after selling your antique piece to an antique dealer, do not look back. Even if the piece has great sentimental value once the deal is done there is no looking back. Remember also that the dealer may not be willing to sell the item back to you at a later date. So, make sure that you are ready to part with the item before approaching the dealer.

Once you have completed the deal, you should be grateful for what you got and you should then move on to something else.

Antique collecting is a very big business and one of the best ways to start building up your inventory of quality antiques is with the help of antique auctions and estate sales. Bidding in antique auctions or estate sales is a great way that you can find pieces you may not be able to find anywhere else. If you have a community of the right collectors or a great storefront where the item could be resold for a profit, you can start to make a healthy sum of money in the antique resale market.

Some top tips to get you started include:

Finding a niche: start working on some research for a particular niche within antiques that you are very passionate about. If you have some experience collecting sports memorabilia, furniture, jewelry, toys or clothing, stick to this as your main buying and selling category.

Look for only an established dealers: auctioneers and dealers that have an established reputation in the market are always the best to deal with. Choosing a company that’s very inexperienced could mean that you might fall victim to a potential scam or some low-quality items. Antique auctions performed by experienced companies will also run much more smoothly and they will know how to pack/care for the items while they are on the auction block or shipping to you.

Know the signs of fakes and restorations: training yourself to spot a fake or restoration is extremely important. Most collectors are interested in original pieces when it comes to antiques with minimal restoration. A botched restoration, partial replacement of an item or a complete re-creation/fake could be substantially less value than the original piece in great condition.

Consider auction costs: most auctions will have extra fees such as taxes, buyer’s premiums, auction fees and shipping. If you’re going to relist items at auction remember all of these additional fees. When buying items remember to leave a little bit of money in your budget for shipping the item and other applicable costs associated with the actual purchase of an auction.